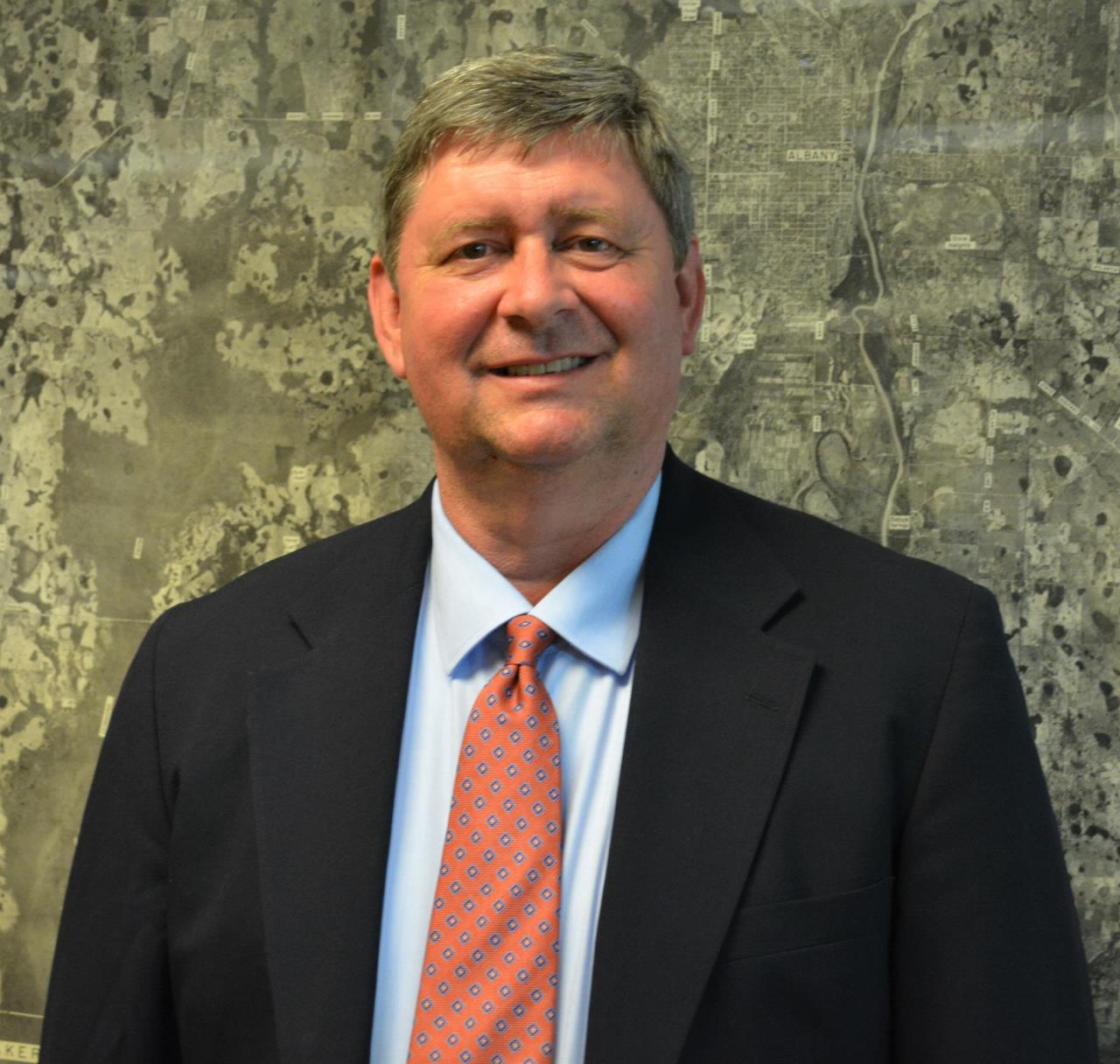 Bruce Maples is a native of Albany, Georgia.  He has lived here for 58 years.  He attended Magnolia Elementary School, Merry Acres Jr. High, Westover High (for one year) and Albany High where he graduated in 1978.  After high school, he attended the Georgia Institute of Technology graduating in 1983 with a degree in Civil Engineering.  In April of 1983, he was employed by McCoy Engineering.  The following year, he was hired by John Sperry with Keck & Wood, Inc.  In 1987, after John Sperry left to become the City Engineer for Albany, Mr. Maples became an Associate Vice President for Keck & Wood, Inc.  In 1988, he successfully completed all of the qualifications required by the State of Georgia to become registered as a Professional Engineer.  In 1993, Mr. Maples left the private sector to become the Assistant City Engineer for the City of Albany under John Sperry.  On July 5th, after the retirement of Mr. Sperry, he took over the responsibilities of the City Engineer’s position and started his initial career as the City Engineer dealing with the Flood of ’94.  In 1997, Mr. Maples left the public sector to once again work in the private sector at Keck & Wood resuming his original responsibilities.  In July of 2005, the Albany Office of Keck & Wood merged with Stevenson & Palmer Engineering where Mr.  Maples assumed the duties of Regional Manager providing municipal engineering for communities throughout Southwest Georgia.  In August of 2008, Mr. Maples was hired back by the City of Albany as the Director of Engineering which includes the Traffic Department, the Utility Engineering group, and the Geographical Information Systems (GIS) section in addition to the original Civil and Capital Development Divisions. In 2016, his title changed to Managing Director of Engineering and Planning with the Planning & Development and Building Inspection Departments being added to his responsibilities.

He is married to Jane Shackelford who graduated from Riverview Academy and the University of Georgia.  She is a kindergarten teacher at Lake Park Elementary School.   They have three children, Elizabeth, Harris, and Laura.  He served on the Dixie League Baseball Board for 7 years and as President for two of those years.  He is a member of the First United Methodist Church of Albany and has served on the Board of Trustees, the Building Committee, and the Preschool Board.  As a member of the Board of Trustees, he was also a Board Member for the Alzheimer’s Caregiver Time Out (ACTO) program.  He is a member of the New Horizon Sunday School Class and works with the Sound Board group as a part of his service to the church. He also served as the Fry-chef for home football games at Deerfield Windsor School for approximately 11 years.  He is a member of the Exchange Club of Albany and during the Fair can be found dodging cars as they come in the front gate.